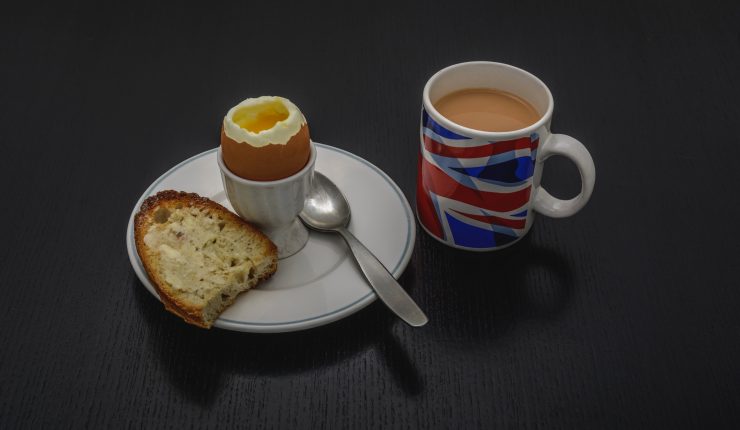 Many native English speakers praise Scandinavian English. “Wow, your English is great!”, they say. When we moved to Manchester we realised that this commendation is only one part politeness and one part surprise.

What they mean is: “You speak English.”

The UX-business is quite limited in Sweden. We are only 10 million people. This is why skrift started in but continues in English. So, right now I am trying to convince myself, and you, dear native English speaker, that this is readable. Not only readable, but I would like to sound like I know what I am doing. Enjoyable. “Brave!” I think to myself since I studied 30 credits of English at Gothenburg University – and failed.

There are big differences when talking and writing English. Here are 3:

There is no accent in text. You can’t hear the Swedish mix up of j and y (flip the initial consonant over in young and journey and you understand). You don’t hear the stalling when searching for words. Or “What’s that called in English?”… The surprise just doesn’t happen.

As a native, you don’t need to ask what a certain word is called in English. But we do. If only you knew how many times I have rewritten even this sentence to make it sound like a native.

As an we do appreciate your compliments! It makes us boast a little about Swedish education system, about how English movies never are dubbed but subtitled, how we laugh at Faulty Towers, and . But in the end, your compliment is based on 1: surprise, as much as 2: politeness.

Meaning: You are clearly not native and I hear it. BUT! I am surprised you speak this fluently. It’s a strange accent you got there, but it all makes sense now. I get it.

You can get by with speaking English from the hoods and slang with no problem at all. To ask about a synonym or to be able to explain what word you want to use is, in fact, a sign of an ability to speak the language. But in text, there is no yay if the grammar is nay.

Grammar rules in English are a bit ridiculous. I am maybe partial, but English is very difficult to write if you are not native. Not as hard as French though, it has clearly the most messed up grammar (sorry France, though your food compensates for all language difficulties!). To be honest, Swedish grammar is also the work of an idiot. What about German? Or Mandarin… I can go on.

Alright: All languages have their challenges. It’s just a requirement that good English grammar is needed to land a job in the UX business. I would probably not care, because I love writing in my own language. (honestly, who doesn’t?)

To write in another language than your own is not easy. It is like learning a new language inside the language. But it’s doable. Grammarly helps a lot! We need to know the rules before we can them.

[My language] grammar is not so hard to learn!

Every person from every country ever. We know it’s a lie.

English natives correct me more than they correct each other. If a native says something in slang they can always blame the accent or the place they come from. Just an example, the words barm, roll and bun – all mean the same. It’s what fralla, rundstycke, källarfranska is in different parts of Sweden. A smaller bread, not a loaf, a bread for one person.

When I say chip butty in Manchester, people correct me. It’s barm. When my Yorkshire friends say it chip butty, it’s just another accent.

Same goes for idioms, ways of saying stuff, common expressions. All that is learnt during your becoming a grown-up. We didn’t grow up in English.

As a foreigner, the simple and boring truth is: it’s impossible to get the feel when growing up speaking another language. It’s possible to be understood, but our accent will always be foreign. Either spoken or written, it will always be affected by our – upbringing.

We can learn it though, and probably make it even easier for more people to understand. The simplified English wins – it rules the world.

In school, I got grades when I handed in essays. I don’t get grades on this blog post. I just write in blindness and hope this goes through and gives you something. With some SEO tools, I can measure traffic, and that is my way of estimating my grades on the texts I write. If traffic plunges, I change the text. We non-natives are open to changes because we know our language isn’t perfect.

There is nothing wrong with your English!

Meaning: I completely get what you are saying, it’s information in a language I speak and I understand it. We communicate.

The inspiration: Another native English speaker

The article that got me writing this was “9 simple but powerful tips for designers” by John Moore Williams who works at webflow. I just love it. It made me realise that there is a lot of stuff in English that I just know in Swedish without thinking about it. I want to learn more.

Do you want to reach people who speak English as their second language? Perfect. I am available.

Let’s go to work, shall Talk to me here.

Thanks, Steve Harvey for the English breakfast picture.

Thank you also lovely UX-people who help me become a better writer.